“What you are, we once were. What we are, you someday will be.” We spent the morning at the Capuchin Crypt, where they have used the bones of 4,000 friars to decorate several tiny chapels beneath the church of Santa Maria Della Concezione dei Cappuccini. The number of bones is staggering, and are stacked to the ceiling in some areas, used to create patterns on the walls in others, and are even used to create the light fixtures. No photos are allowed, so the following photos are of postcards that show the crypt. And yes, those are skulls on the second photo. 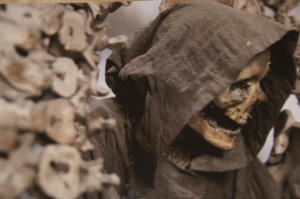 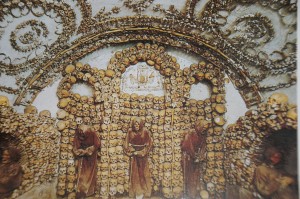 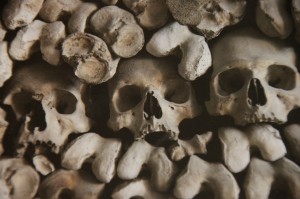 Today we made up for all of those lazy days, and packed it full of tourism. After the Capuchin Crypt, we had a great lunch at Colline Emiliane, and then took the metro to the Spanish Steps. 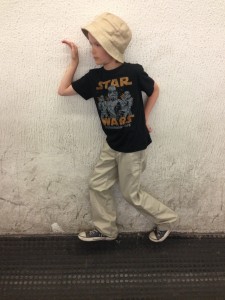 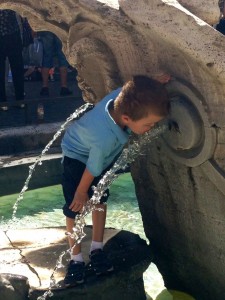 We then walked to the Trevi Fountain, doing some window shopping along the way, and made sure to throw some more coins in the fountain to ensure a return trip to Rome. 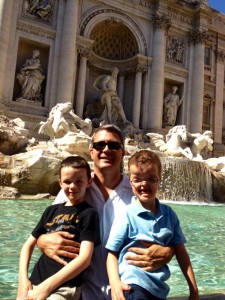 Had a little gelato, which was not great, but they did have peanut butter flavor!

We picked up our tickets to see the Pope tomorrow – 4 of approximately 100,000 people. Apparently Pope Francis is quite the superstar! We then walked over to the Pantheon, where we made another visit inside, were the targets of an attempted scam by the gladiators (they wanted 10 euro for the photo – with our own camera! – we gave them 3), and had our most expensive drinks yet on a small outdoor piazza just north of there.

Then we headed to a bar/restaurant for beer and a burger. I knew it wouldn’t be a great burger, but wanted a break from the pasta and pizza. Why is it that they can’t make a good burger here? I know the meat tastes a little different, but wow. We could make a KILLING with a good burger joint and a Chuy’s. And yet, it was still a nice change of pace, and they had an incredible beer selection and a great atmosphere. 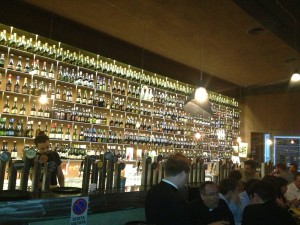 2 thoughts on “I See Dead People”