We arrived back in Rome today after our brief hiatus. On Wednesday, the boys and I took the train to Naples, where we were to meet Jeffrey, and take the hydrofoil over to Capri. Despite a long delay in his departure from Houston, Jeffrey was able to make his connecting flights, and we were able to meet up with one another without a hitch. Upon arriving in Capri, we took one of their famous cabriolet taxis up to the house where our friends were staying. We got settled, put the kids to bed, and had a wonderful dinner at the house.

On Thursday, our friends rented a boat which took all of us to the Blue Grotto. We hopped from our boat into a small rowboat, which took us through an opening so small that we all had to lie down on the bottom of the boat to get through. Once inside, the cave opened up into a much larger space, where the only sunlight was that which was reflecting up through the water. It was stunning! Naturally, Jeffrey and the boys couldn’t resist taking a quick swim. 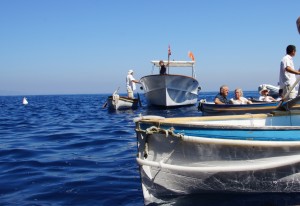 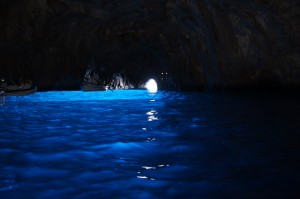 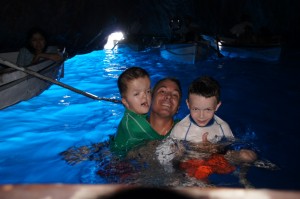 After another swimming stop along the way, we had lunch in Positano, where they have a boat taxi service to take you from your boat to the shore. We didn’t spend much time exploring the town (with 5 kids in tow), but it seemed charming. The beach, on the other hand, was shoulder to shoulder, which is quite common here. 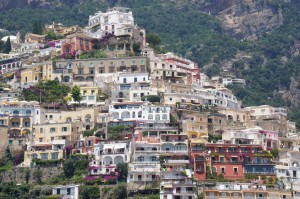 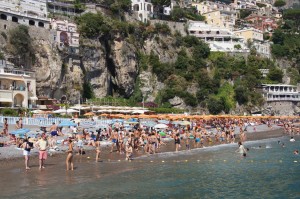 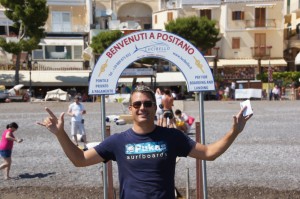 On Friday, the adults hiked up to the top of Capri, where we enjoyed a beautiful view. We spent the afternoon in the pool, and had a great dinner down at the little marina in Capri, where we could see all the privately owned yachts anchored out in the water. It is shocking how large some of those yachts are.

On Saturday, we took the ferry back to Naples, and then hired a taxi to drive us to Pompeii. I think the kids were most interested in the bodies of those who were “frozen in time.”. When the volcano erupted, the lava and ash covered the bodies of the dead, setting hard and solid around them. As the bodies decomposed, a void was left, which was then filled with plaster to create replicas of the bodies. Not only can you see them in the same position, but you can see their clothing and shoes, which is pretty interesting. 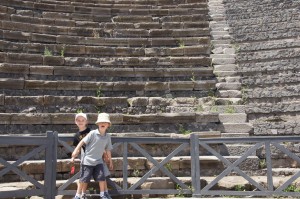 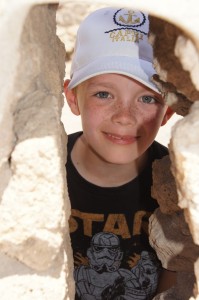 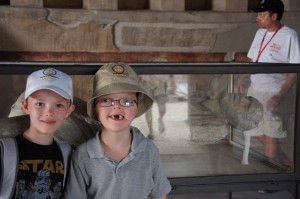 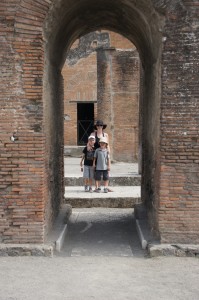 We missed a lot of Pompeii….some on purpose, like the brothels, and most on accident, because we didn’t have a plan, and we had a limited time frame with our driver. But I’m glad we made the trip, and didn’t spend too much time trudging around in the heat trying to see it all.

Once we finished at Pompeii, it was back to Naples, where we hopped on a train back to Rome. When we arrived, and were in the taxi back to our apartment, Carter said, “Ahhh, it’s good to be back in Rome.” Yes. Yes it is.