On Tuesday, we had reservations to see the Vatican Museum. We had purchased our tickets in advance, and I was shocked to see how long the line was for those who had not. There were literally several hundred people in line, and it stretched all the way down to the end of a very long city block.

Jeffrey and I had not visited the Vatican Museum for 20 years, and felt that the kids should see the Sistine Chapel while we were here, but WOW! There is a reason we had not been here in so long. Even though we were able to skip the line outside, it is not an easy museum to traverse. It’s a little like Central Market or Ikea, but without the shortcuts, and about 5,000 more people. And I’m not kidding – about 25,000 people walk through the Vatican Museum each day! Once you get to a certain point, you have to follow the route and they move you through like cattle until you finally arrive, more than an hour later, inside the Sistine Chapel.

We started in the Pinacoteca, the Vatican Art Gallery, which houses 460 works in 18 rooms, including Raphael’s Transfiguration. This was my favorite piece in the museum. 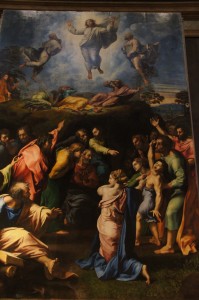 I would have liked to have spent more time in this area, but traveling with kids is often challenging, so we had lunch inside the museum, hoping that it would buy us some time with the kids.

Afterward, we started moving along the designated route to the Sistine Chapel, making a brief stop in the Egyptian Room, which we knew the boys would enjoy. They had an Egyptian mummy, which the boys found fascinating. 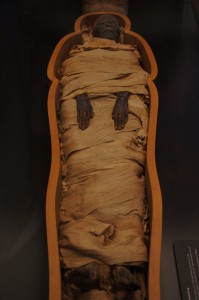 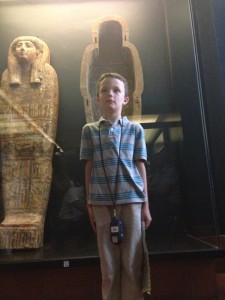 Eventually, we made it to the Sistine Chapel, where no photos are allowed. But the rule-breaker in the family took a clandestine shot to document that we had FINALLY arrived! The photo does not do it justice, but is proof that we toughed it out. 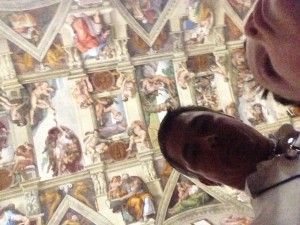 Afterward, we tried to scale the Vatican walls, walked like Egyptians, and treated ourselves to gelato. 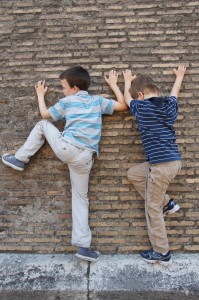 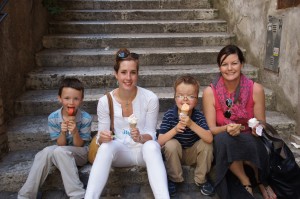 On Wednesday, we visited the Borghese Gallery, where I saw the most beautiful Bernini sculpture of my life, called Apollo and Daphne. Pictures were not allowed, and although you can google it, pictures come nowhere close to experiencing this sculpture in person. Bernini was able to sculpt the most delicate leaves from the marble, and made it look as if the sculpture were made of wax instead of stone. It was breathtaking.

After our morning of culture, we took the boys to Gladiator School, where we learned about the Roman Empire, and their fighting machines, armor, weapons, and techniques. We also learned about the Gladiators (both the professionals and the convicts who were used in the ring for public execution). Then we were able to fight each other in the “ring.” It wasn’t the best thing we have done, but the kids enjoyed it, and the guide was very passionate about the subject. 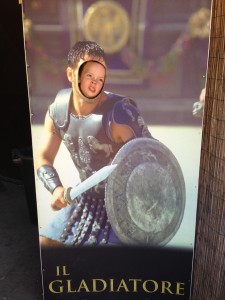 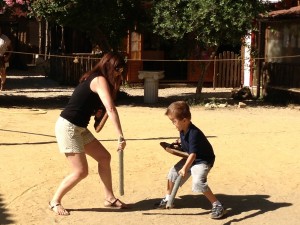 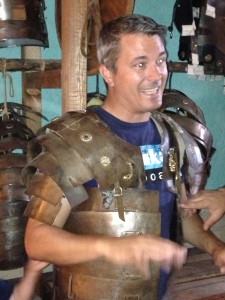 Three more days of our Roman Holiday. Tomorrow we do a night tour of the Colosseum…our last major landmark in this amazing city.